Ride On – Cycling for All

Ride On are a cycling charity based on Exeter Quay, with a vision for a cleaner, healthier and more active Exeter.

Ride On train volunteers to refurbish donated bikes which they sell at affordable prices, as well as running maintenance training courses and self-service sessions in their workshop. 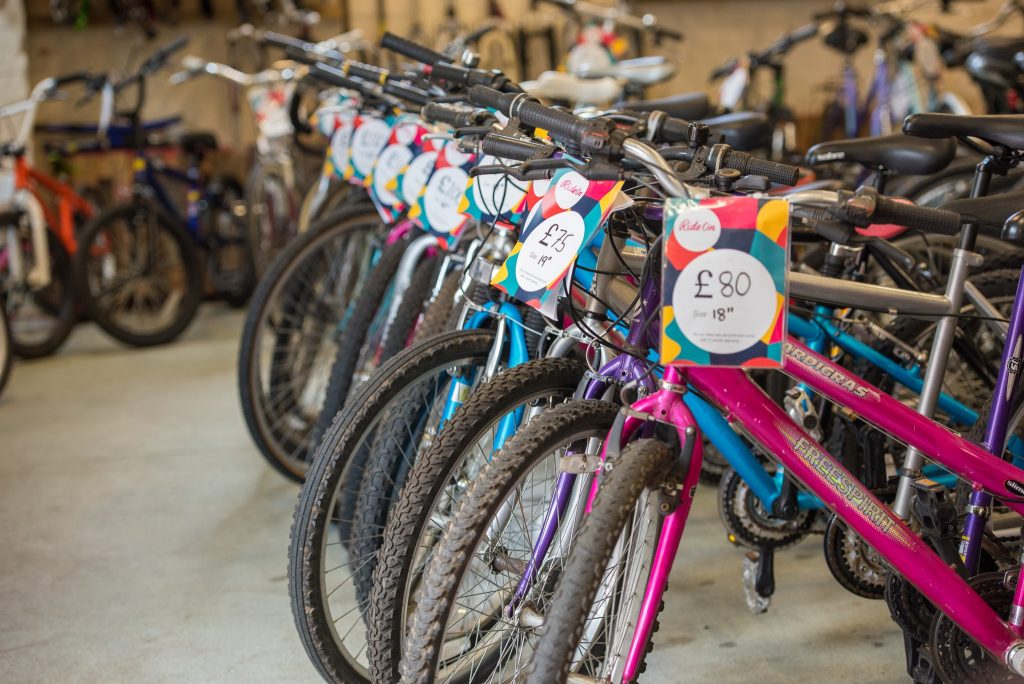 Ever since the day it was founded Ride On’s mission has been to get more people cycling more often.

Ride On has always focused on people who want to ride more but are not able to so, either because they don’t have a safe and reliable bike or because they lack the confidence to get back on the saddle.

Their journey goes back to 2011 when Martyn Laxton, who was a Bikeability instructor at the time, was inspired to set up Ride On when he realised that more than half of the primary school children he was teaching couldn’t access free Bikeability courses because they didn’t have a bike. So together with Adam Golding, another Bikeability instructor and qualified bicycle mechanic, they set about correcting this – and so Ride On was born!

The idea was simple. People donated their unwanted bicycles, volunteers refurbished them and were then sold at affordable prices. But it took a lot of hard work! Ride On recruited a team of volunteers and, together with generous bicycle donations from the public, the charity started to grow.

In 2014, Ride On moved into their workshop at Exeter Quay and since then has gone from strength to strength. In 2019, they put 681 bicycles back into use, with a milestone of 3000 bicycles refurbished being reached this year (2020). 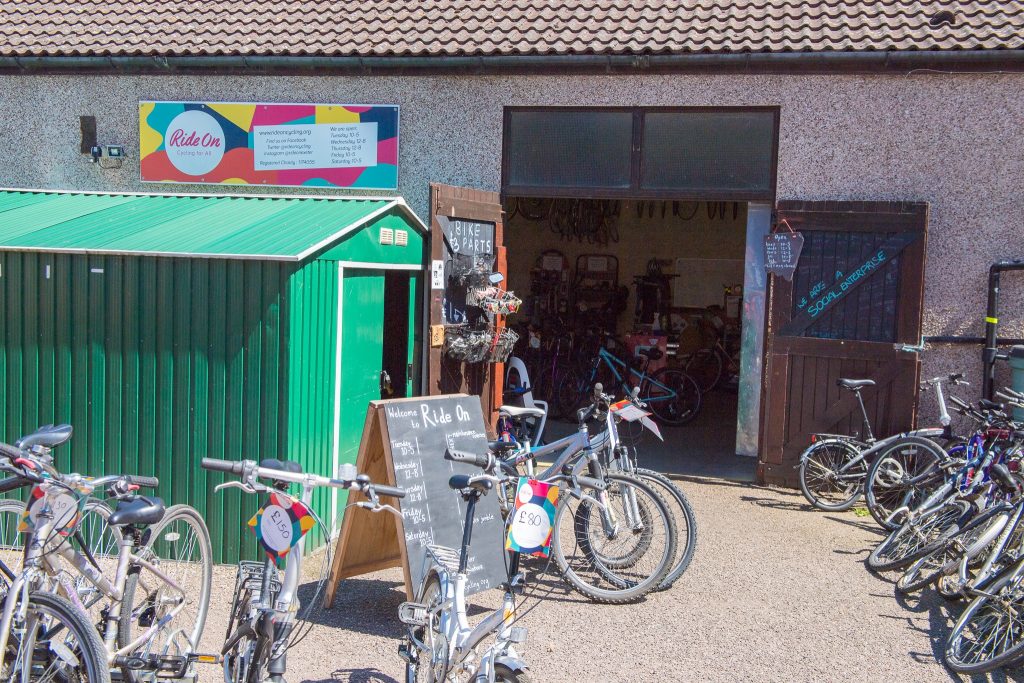 Since those early days, Ride On has developed new opportunities to help people who wish to cycle but just need a helping hand to do so. In addition to selling fully refurbished bikes, serviced by a qualified mechanic, they now offer a range of services such as Bring Your Own Bike – a bike kitchen where people can service their bikes with the support of a qualified mechanic and their Rickshaw Project – giving people who are unable to ride themselves, as a result of age or disability, the opportunity to experience a journey on two wheels.

Ride On’s passion to support people to cycle more is also driven by their awareness that cycling has so many benefits for the rider and our wider environment. These include improved physical and mental health, lowering carbon footprint and reducing pollution.

They are still a volunteer-based organisation, aiming to create a place where the local community can visit and talk about bikes, exercise, road safety, join cycle training (for any age), learn to ride, get bike maintenance, get help with route planning and all things bike-related with their “can-do” attitude volunteers.

Bike Bank, an Exeter Community Initiatives (ECI) project is also going from strength to strength since ECI and Ride On Cycling for All teamed up to run bike maintenance workshops at Ride On’s base at Exeter Quay.

The aim of Bike Bank is to create a supportive workshop where vulnerable adults can learn practical skills in refurbishing bikes, both for their own benefit and for others. As part of this initiative, Ride On provides ‘hands- on’ training in a supportive environment.

Bike Bank attendee, Jeff, is an ex-Navy refrigeration and air conditioning engineer suffering from Post-Traumatic Stress Disorder.
Jeff hasn’t been able to work for a while but says that the Bike Bank training is helping him mentally and helping to challenge his brain. Jeff says:

“I’ve learned how to index gears properly, change cables and set V brakes up. It’s also good to get out and speak to more people – it’s great to have adult conversation! And it’s nice that at the end of this I can hopefully volunteer and get involved.”

For more information on what Ride On do and to see some case studies of their work, visit their blog at https://www.rideoncycling.org/blog/

In 2019/20 Ride On put 693 bicycles back into use. According to Cycling UK, each cyclist rides an average of 1,104 miles – roughly 21 miles a week. This means that their bikes were ridden for a total of 760,656 miles. This is equivalent to one person cycling 19 times around the world. More usefully, 1,104 miles is the equivalent of cycling from Exeter to Exmouth and back once a month, or cycling across the City three times a week.

The average passenger vehicle produces 411 grams of carbon per mile driven. If Ride On’s accumulated mileage cycled replaced journeys by car, this would equate to a carbon reduction of 216 tonnes.

Exeter City Futures has set out a carbon road map for Exeter to save 317,551 tonnes of carbon by 2030 so Ride On’s saving represents 0.06% of this target. A small contribution from Ride On, but it all adds up, and their contribution to getting more people cycling and reducing Exeter’s carbon footprint is clearly increasing.