Lightfoot is a connected car technology that helps businesses and individuals reduce the harmful effects of driving. Lightfoot uses real-time feedback to coach a more efficient driving style, helping users reduce their vehicles’ emissions by as much as 20% and the risk of at-fault collisions by as much as 80%.

After establishing itself as a disruptive force in the commercial fleet sector, Lightfoot began developing its product as a consumer offering with the help of Exeter City Futures in 2016. Following a hugely successful pilot trial – in which hundreds of Exeter motorists trialled and helped Lightfoot refine its technology – and further development, the consumer version of Lightfoot was officially launched in late 2018.

Not only will Lightfoot reduce the number of accidents on Exeter’s roads, ensuring greater safety and resilience that starts and ends with better drivers, the technology can also promote higher quality driving that will reduce congestion, stress, and damage to roads.

In 2017, 185 accidents were recorded in Exeter (according to Department for Transport data). This means Lightfoot could prevent an estimated 74 accidents per year, saving public services, local government, and individuals thousands upon thousands of pounds and incalculably improving welfare and wellbeing.

Smoother, more efficient driving builds resilient roads from the bottom up. A community of drivers, rewarded for adopting better driving habits, is the cornerstone of a resilient road network.

There are myriad benefits to driving with Lightfoot, namely: 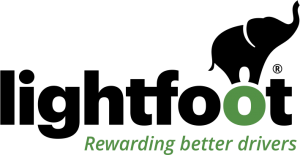