A bold vision to create 12,000 new homes in Exeter over the next 20 years while maintaining and expanding the city’s green setting has been unveiled by the City Council.

The vision document Liveable Exeter outlines the potential for delivering a transformational housing programme in Exeter from 2020 to 2040. For the Greater Exeter area, there is a government target of 53,200 new homes over the same period.

Designed to inform the emerging Greater Exeter Strategic Plan, the document highlights the huge demand for new housing in Exeter. A recent Centre for Cities report revealed Exeter was the sixth least affordable city in the country.

Liveable Exeter, which will be discussed by members of the council’s Executive next week, highlights the transport challenges facing the city, and highlights the need to create new communities based on active travel including walking and cycling rather than the private car.

It calls for the retention and growth of green space and valley parks to allow people to move around in a natural and green setting.

The vision highlights the potential for eight transformational projects across the city:

664 homes in new neighbourhood, including new work space, including use of under-utilised station buildings, in a highly accessible location.

1,567 homes in a new place to live and work. A space for expanding leisure attractions near the quay, with low traffic or car-free development with attractive cycle and walking connections.

5,544 homes in a new neighbourhood for Exeter. The area remains an important employment and retail area, but with the integration of living and working where uses are compatible, to make better use of riverside location. Development linked to proposed train station. Creation of new types of work space, including light industrial, workshops, office and shared work space. 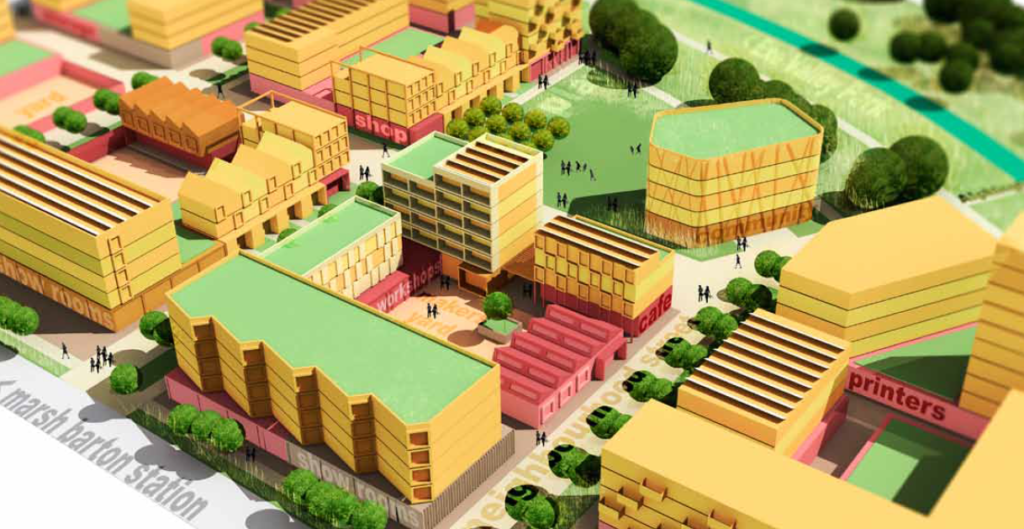 962 new homes, an enhanced approach to the city centre from the east, reduced traffic on Heavitree Road and a greater provision for public transport, walking and cycling. New places to live close to the city centre will exist alongside existing neighbourhoods.

617 new homes, opening up access to the river and canal from the city centre, a new cultural destination on the river, an expanded and connected park at the heart of the city, a Green Bridge promoting active travel across the river. 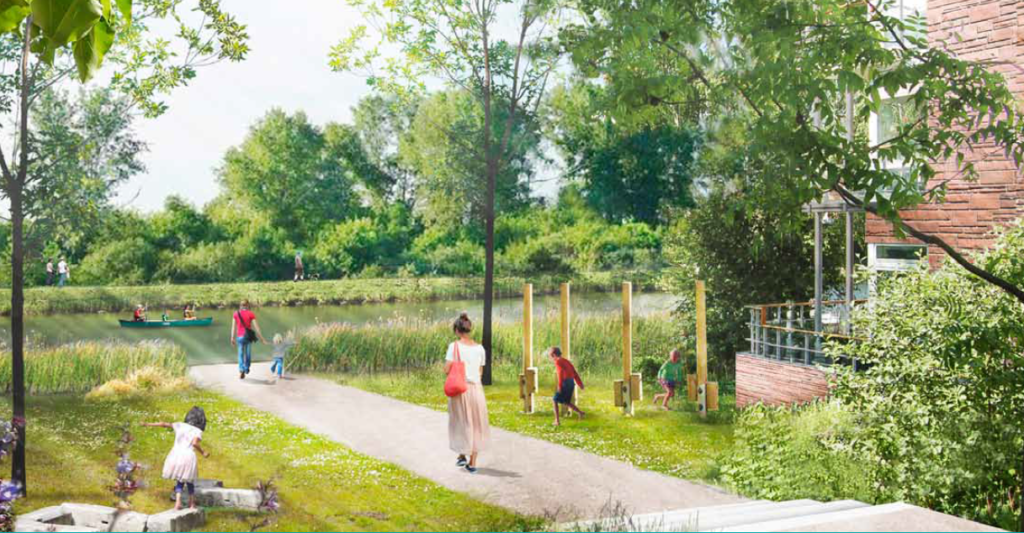 300 new homes, establishing an improved link between the city centre and the historic quayside, with a greater emphasis on the wall, city gates and Southernhay, linking from Southernhay to the Quay, and a new arrival to the city centre from Topsham Road.

308 new homes, a new approach to the city from St David’s, uncovering the medieval city wall between Friernhay and Northernhay Gardens, a new living opportunity at density in the heart of the city.

1,050 new homes in a new sustainable and well connected mixed-use neighbourhood, bridging the city and the new and existing neighbourhoods to the east, providing recreational, cultural and entertainment space where Exeter meets the newly formed Clyst Valley Park. 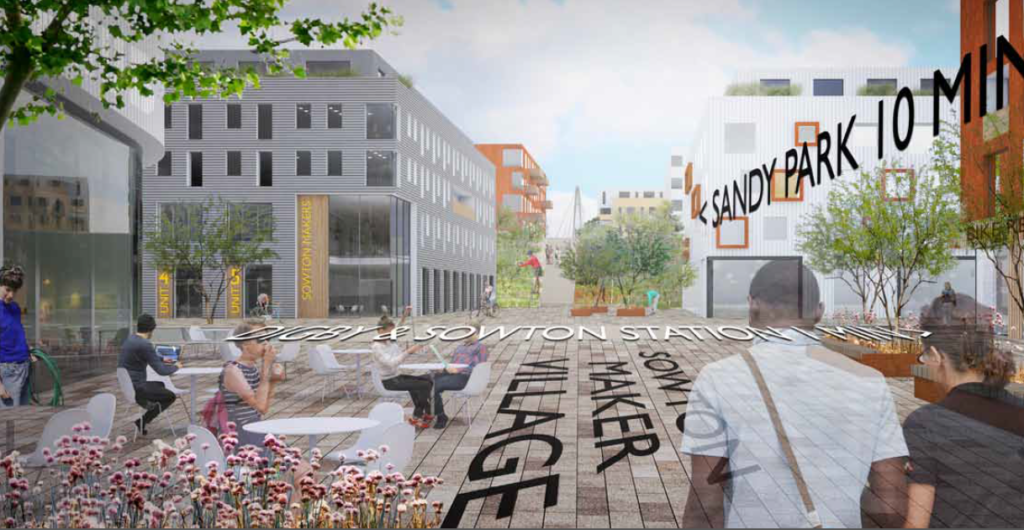 The vision document highlights how a transformational housing delivery programme can be the means to bring major investment into the city and renew its infrastructure for the 21st Century with the aim of improving people’s lives and wellbeing. It says:

“As Exeter grows it will be important to recognise and improve the qualities that make it liveable. The streets, spaces and parks that link neighbourhoods and the city centre need to be safe and attractive to use, encouraging people to be active, healthy and use cars less.”

“Streets have become congested and have lost their historic qualities as new infrastructure has been introduced into historic streets. Green spaces and linear routes along valleys and watercourses do not always connect and provide a safe and healthy way of moving around the city.”

“Land ownerships have become fragmented in key locations and some areas are in need of comprehensive renewal. Much could be done to improve the city for the people who live, visit and invest in it. There is a once in a generation opportunity to renew the structure of the city so that it can accommodate the sort of change and attract the investment it needs for its communities to prosper in the future.”

In a report to councillors accompanying the vision document, the council’s Chief Executive and Growth Director Karime Hassan said:

“There is a national housing crisis, and this is reflected locally. Exeter has a number of challenges and congestion is one of the key challenges. As much as practical, the housing programme will seek to increase density of future housing and provide a range of uses that will make it possible, by design, to travel to facilities by foot and bicycle, and to address the built environment in such a way that an active lifestyle is possible.”

“We will need to ensure we create a comprehensive and coherent permeable cycle and pedestrian network that connects key economic hubs to transport interchanges and residential areas.”

“Emerging thinking from transport planners would aim for 50 per cent of trips within the city to be made on foot or by bike. This complements the city’s aspirations to encourage greater physical activity and become the country’s most active city.”

“We are in full support of the exciting new Liveable Exeter Vision launched today – ideas for developments that could bring much needed affordable housing to the City whilst reducing the dominance of private cars. These bold ambitions are clearly aligned to the delivery of the Goals of Exeter City Futures and is testament to the exciting type of sustainable developments and projects that can flourish when we work together as a collaborative city with shared goals.”