Welcome to the Everyone’s Exeter guest blog series, focusing on one of the 12 Goals each month over the next year. We will be hearing from business leaders and other individuals on the impact that the featured goal of the month will have on their business and what their organisations and groups are already doing to tackle the goal.

We are joined this month, for the Reduced Dominance of Cars goal, by Carolyn Worfolk, Volunteer at Exeter Cycling Campaign.

My name is Carolyn Worfolk and I volunteer with the Exeter Cycling Campaign. I moved to Exeter nearly twenty years ago. I previously worked for a charity that was talking about Liveable Cities even then. And so, a conscious decision was made to live in a neighbourhood where we wouldn’t be reliant on a car, where the kids could walk to school, where we could get to local shops, and where public transport was an option.

I became a bike-user a little later, having volunteered (yes, it’s nothing new) to “help” deliver Bikeability Training at the children’s school. I ended up running the courses, then having to send the kids home trained, but with few places where they could cycle independently. The rest, as they say, is history… 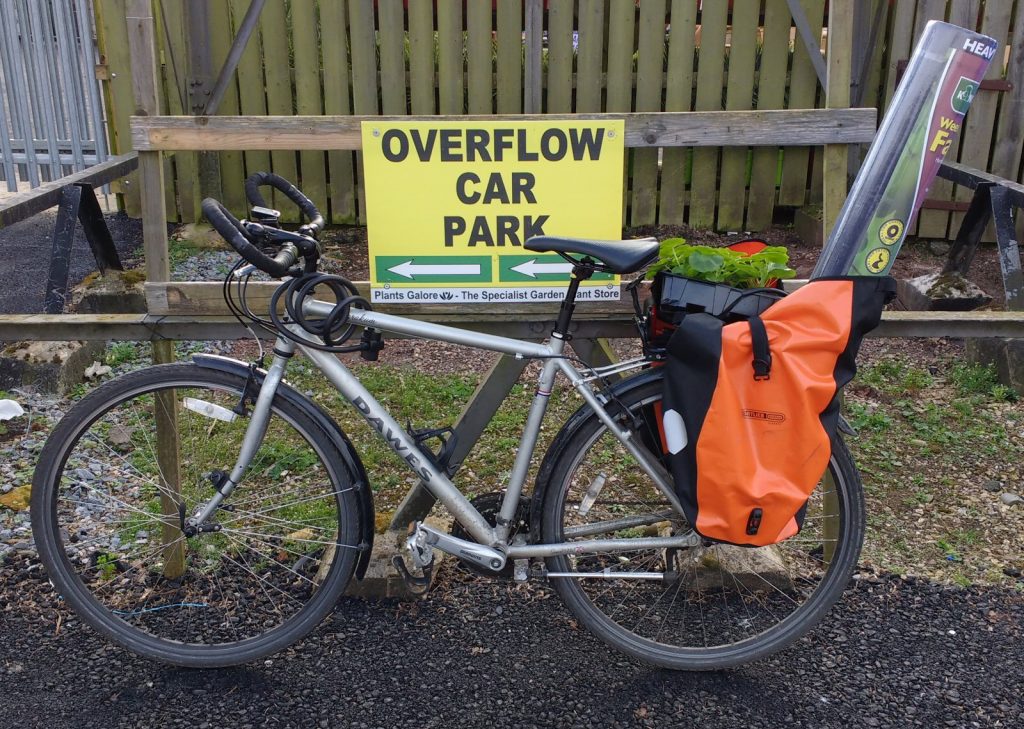 If you are a regular reader of Exeter City Futures ‘Everyone’s Exeter’ blogs, you will be familiar with their 12 Goals.

One of their aims is that “50% of Exeter originating trips are made on foot or by cycle”, so it makes sense that the Exeter Cycling Campaign has been asked to contribute a guest blog.

For those who don’t know us, we are a charity, run on a shoestring, entirely by volunteers. We are passionate about the wider benefits of active travel. Although we are a relatively new group, we have a very clear vision for our City, that resonates with those of Exeter City Futures and Exeter City Council.

“A vision in which the public benefit of cycling is realised where anyone, from seven to seventy years old, can choose to cycle on paths and streets which are safe, convenient and connected throughout the city.

A vision for where cycling is integrated for the benefit of all into the fabric of Exeter via comprehensive, convenient and connected cycle infrastructure, making cycling the safe, natural choice for a large proportion of everyday journeys.”

We are delighted to see a clear aim for increasing the level of walking and cycling in the city.  But is the target of 50% of journeys ambitious enough?

The 2011 census showed that 39% of journeys within the city were being made on foot or by bike. By 2017, data from the Department of Transport was showing a 12% increase in the number of people cycling at least once a week. The Government’s own Propensity to Cycle tool, used to estimate the likelihood of people cycling, shows that the city could achieve 25-30% of all journeys by bicycle alone – bear in mind that of the 39% of journeys recorded in 2012 the vast majority were on foot.

Exeter City Council, working with Exeter City Futures, has a fantastic vision for a Liveable Exeter. This bold vision will require bold targets with bold actions. If we’re going to achieve it then we’re going to need to see a lot more people walking and cycling. We believe that a more stretching target should be set. If we build segregated, convenient and safe cycle routes then we will enable the many, young and old, active and not so active, confident and not so confident, to feel comfortable using our walking and cycling infrastructure. A more ambitious target would mean enabling active travel for these groups in large numbers, the current target could be achieved with very little intervention.

It’s fair to say that we regularly challenge Exeter City Futures, and Exeter City Council, on the speed of the progress they are making.  Thankfully, both organisations recognise that our challenge comes from our shared desire to make a difference. This blog is written in the spirit of that partnership.

We will continue to give praise where credit is due and challenge when things could be improved. We are excited about the vision for a Liveable Exeter and look forward to helping to make it happen.