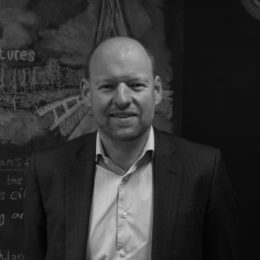 Chris joined the Royal Devon and Exeter NHS Foundation Trust in September 2017, having worked in a number of senior NHS roles in the West Midlands across Acute, Mental Health and Commissioning sectors and as Director of Delivery and Improvement for NHSI. After graduating in 1991, Chris took his first CFO position in 2005 at South Birmingham Primary Care Trust before joining Birmingham and Solihull Mental Health Foundation Trust as Director of Resources and leading them to FT status in 2008. Chris joined Worcestershire Acute in 2011 as Director of Resources / Deputy CEO.

Chris has taken on strategic change projects, including major PFI hospital moves, EPR and IT change programmes, and developing strategic clinical partnerships with neighbouring providers. Chris has been part of the NHS Top Leaders programme and was also HFMA Chair for the West Midlands in 2015. Chris is also closely involved in the RD&E’s sustainability agenda, including travel-to-work options and a ‘Green Team’ competition which recognised departments taking steps to reduce their carbon footprint.